This blog post describes how to use Apple’s Metal API for computation on a GPU in a C++ project. The accompanying repository is say4n/metal.compute and is based heavily off of Apple’s Swift/Objective-C original tutorial for performing calculations on a GPU.

Be sure to check them out!

before we get started

At this stage, this post assumes that you have the metal-cpp sources extracted to a convenient location and that you have executed the command to use metal-cpp as a single header include by following the steps described previously.

The next step is to set up an Xcode C++ project.

setting up an Xcode project for C++

Create a new project with the command line application template in Xcode with macOS as the target platform. 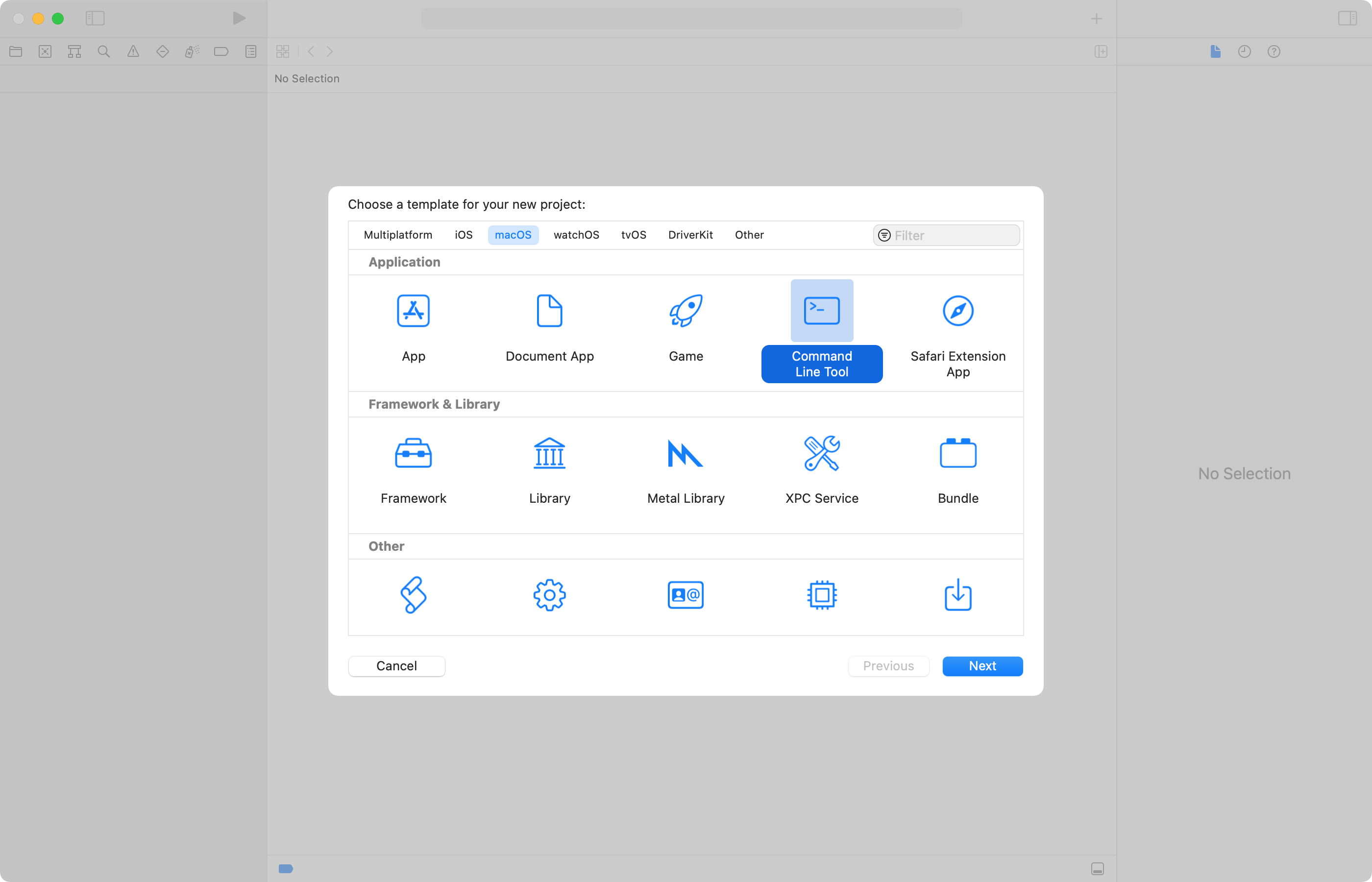 Make sure to select C++ as the language! 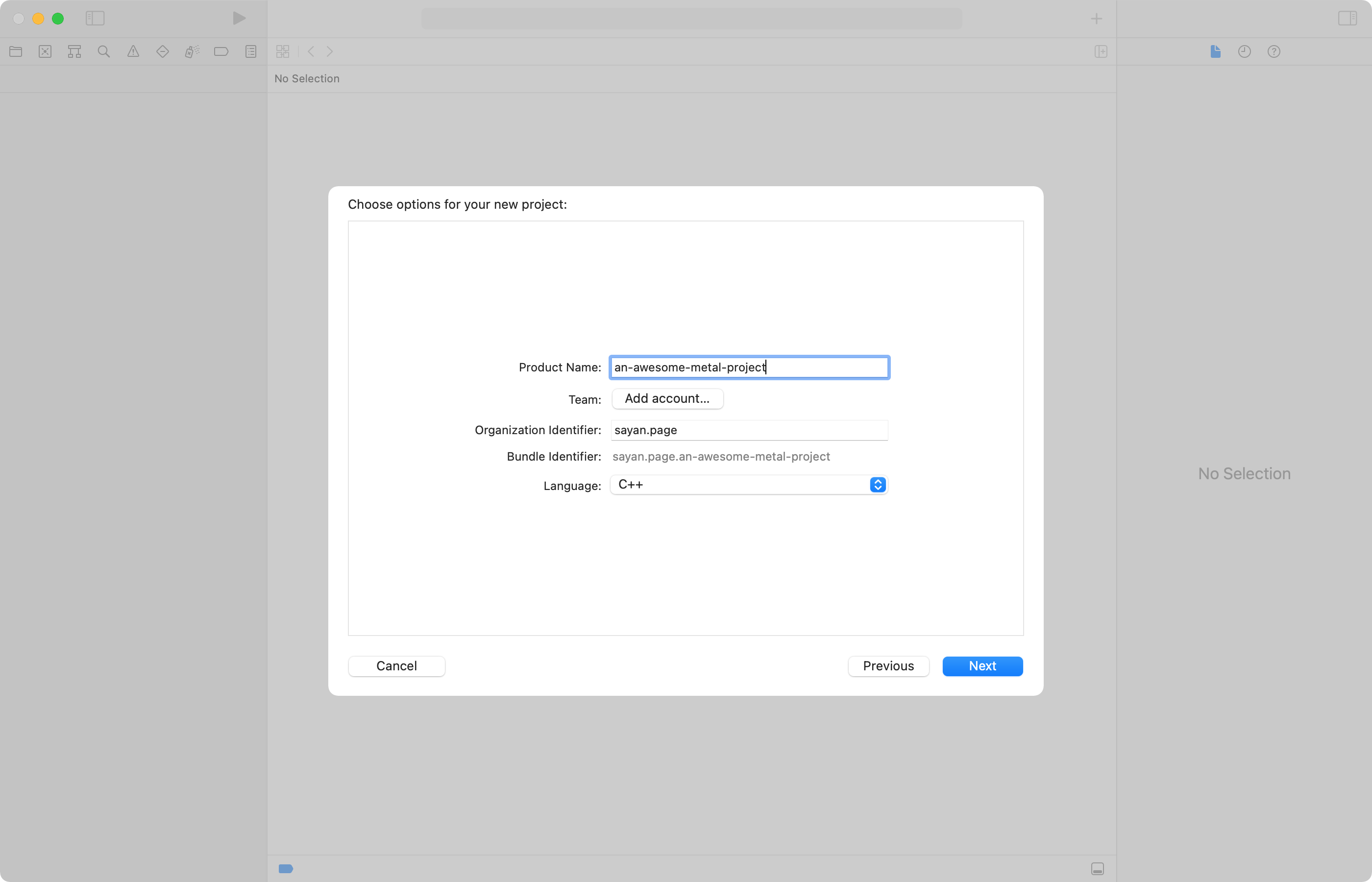 configuring Xcode to use metal-cpp

In the build settings tab under the project navigator, search for the “Header Search Path” and set it to the base directory where you extracted metal-cpp. 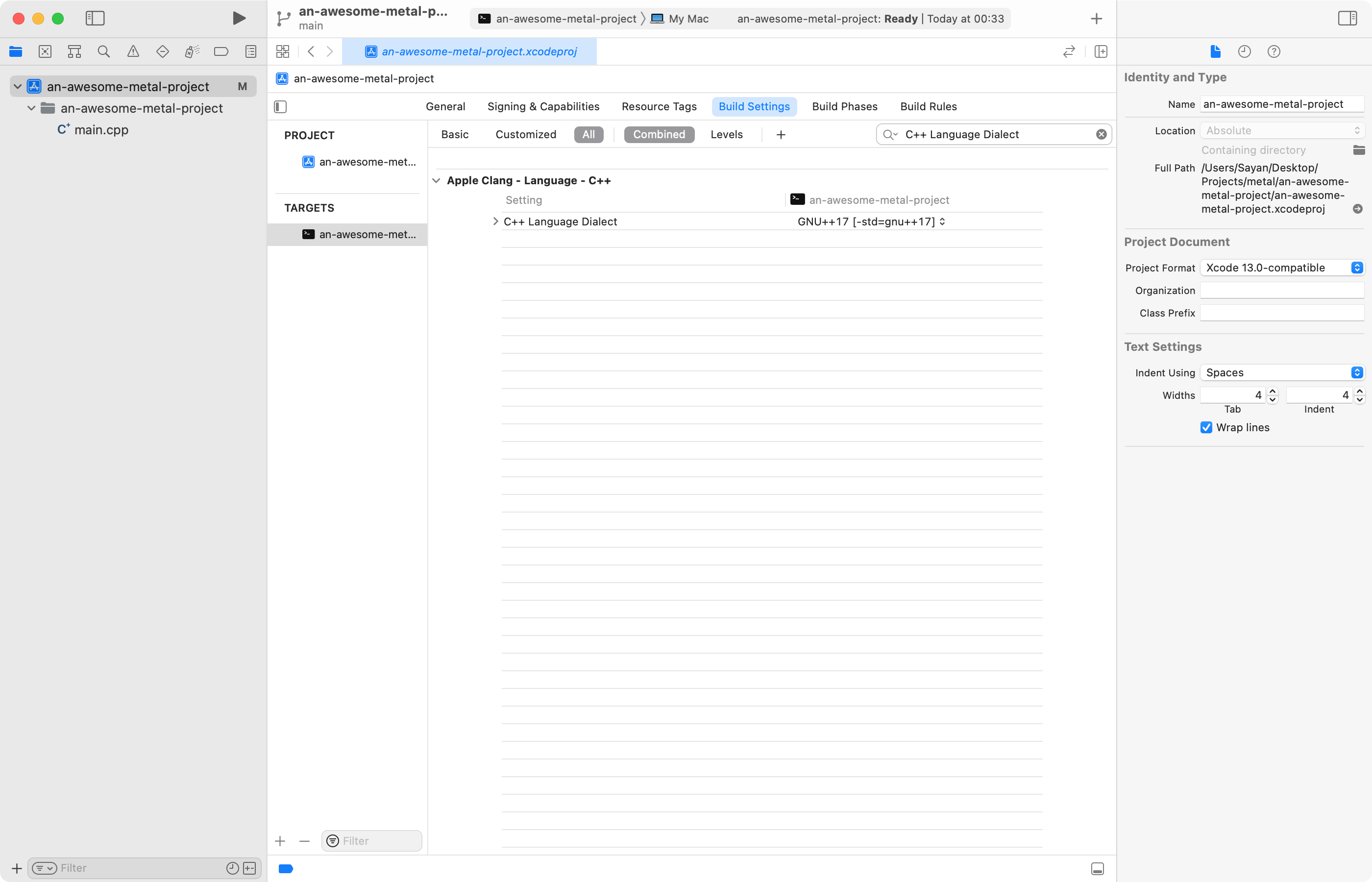 And that’s it, we are now ready to use the metal-cpp to interface with Apple’s Metal API in our C++ project.

Our tiny metal program will perform the very basic operation of multiplication. To that end, here is the code that defines the operation in the metal shading language.

What this does is it takes array elements from two float array inA and inB and stores their product in a third array result. You can read up more about the metal shading language in its language specification here. You can also follow Apple’s Swift/Objective-C tutorial for performing calculations on a GPU for a better introduction to programs in the metal shading language.

Now that we have defined our compute operation, we need to write the driver code that actually makes it all happen! The files of interest and their respective functions are described in the following sections.

This defines the metalComputeWrapper class, a wrapper class that takes a MTL::Device and performs operations define by the kernel in metal shading language. It also prepares the various buffers as well as the data required by the various operations defined in the compute kernel. It also verifies that the results produced after computation are as expected and lie within a margin of error.

This file contains the implementations of the various member functions of the metalComputeWrapper class.

Note: This blog post is a Work in Progress and content may be added to it from time to time.